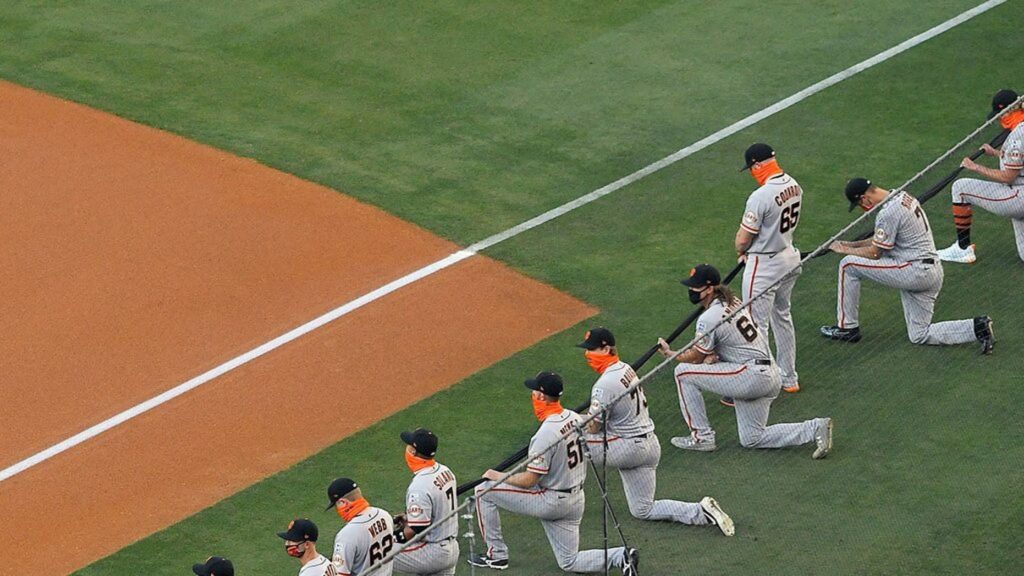 Congratulations to the newest member of the Honor Roll, Mr. Sam Coonrod, the SF Giants pitcher and the only American with both a brain and a set of testicles in the entire Giants organization.  In a pathetic attempt to catch up with the bullshitty virtue signaling of the NBA and NFL, MLB came up with their own empty gesture in the hopes that Black Lives Matter™ won’t shout at them.  The details, like the entire gesture, like the political opinions of professional athletes, are irrelevant.  But the entire fucking team knelt like frightened idiot sheep except Mr. Coonrod.  I would imagine that he’d be the only one on the team that could look himself in the mirror the next morning and not puke with disgust at the obsequious invertebrate he saw looking back.  If ever Mr. Coonrod and I are at the same bar, he drinks for free.
Only slaves can be made to kneel.  Free men kneel for nothing.