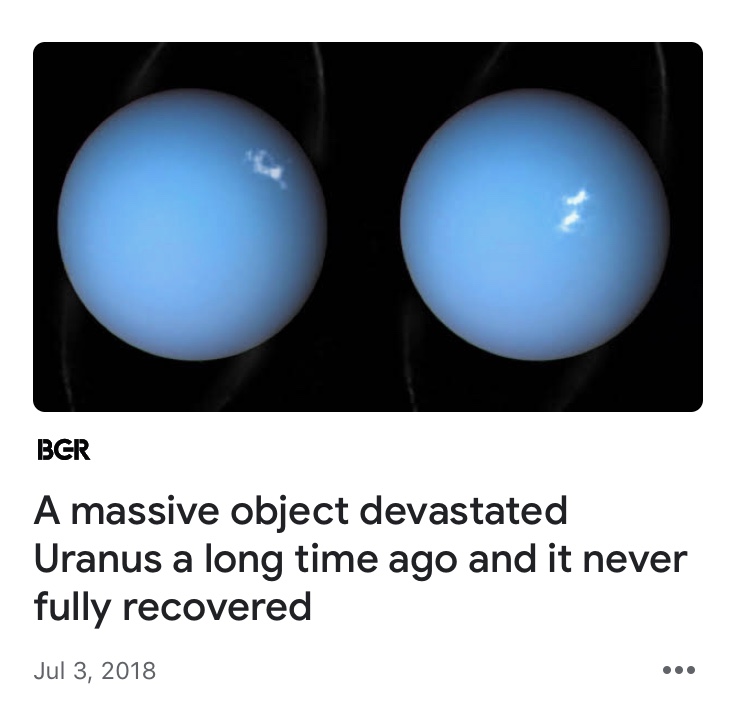 That, dear reader, is my favorite headline from 2018, and actually sums up the year perversely well.

I don’t do well with goodbyes (I don’t do particularly well with hellos, either, for that matter), so I’m not inclined to spend much time saying goodbye to any particular year, and this one is no different.

I understand that people need things like this – holidays – to celebrate.  Catharsis, psychological release through altered states…I get it.  Nobody’s bigger.  Just be careful not to put too much emphasis on time.  Don’t give it too much power.  In my experience, time has not done much other than be unpleasantly limiting.  Don’t get me wrong: I depend on an alarm clock and a calendar just like everyone else.  But centering most of one’s celebrations on the passage of time…well, okay, I guess. If it works for you, then by all means…

Okay, fuck it, here’s what I’m trying to say: time is always against us.  It wouldn’t occur to me to celebrate any of its victories.

Whatever.  Never mind.  I think too much.  I do hope all of your new years are better than the years just past. 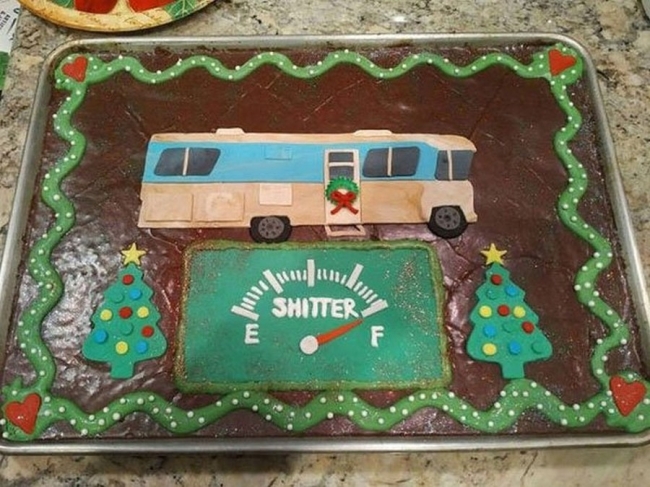 Holy monkey, attractive reader…it is goddamn cold outside.  I’m guessing you’re in the same frozen boat, or at least a similarly chilly dingy.  Unless you’re one of the handful of Aussies who reads this nonsense, in which case I saw some headlines from down under yesterday: 120F!?  Jesus.  Perhaps consider summering in wintry California next year?

Anyway, just another Sunday around here.  Started with some pretty grandiose visions of hyperproductivity.  I got a few things done.  How the hell is it already Sunday night?  Agh.  This sucks.  I’m trying to implement a more calendar-based approach things this year.  Just to try to avoid this annoying Where The Hell Did The Whole Year Go feeling I seem to have almost constantly.

Anyway, back to it.  Bottoms up. 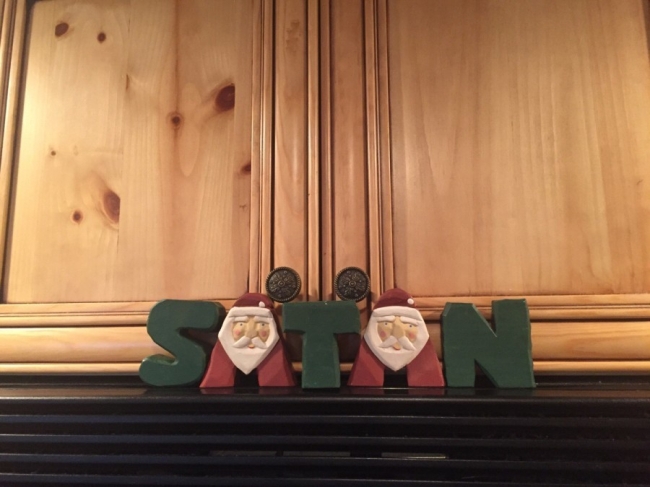 So I’ve mentioned the small place I’ve got over the liquor store at the corner of Bedlam & Squalor, in Fecal Creek…I usually refer to it as Hotel California.  There are actually 4 apartments up here, and the other inhabitants are just weird as hell.  One of the apartments is occupied by this awful charwoman that is just Part of the Deal around here.  She “cleans,” which, well…let me explain.  This woman has about the worst case of OCD I’ve ever had the displeasure to deal with.  She puts Mexican bric-a-brac on every available flat surface.  It’s ludicrous.  But then, when she “cleans,” especially in the kitchen, her prime directive, indeed her only directive, seems to be “out of sight, out of mind.”  Anything that has been left on any counter top, stove top, or basin area is immediately seized and shoved into the nearest drawer cabinet or “unvisible” space there is.  Unless, of course, she happens to get in any way distracted between the time she picks up a given object and the time she places it in an “unvisible” area, and then God only knows what will happen.  Oh, and ovens and dishwashers are considered valid storage areas.  Yeah.  So I have learned to pull all the shit out of the oven before preheating it.  I have opened the microwave to find foil wrapped mysteries or metallic silverware hiding in there.  Meals have been delayed hours because I could not find my cast iron skillet anywhere, and it was only when someone incidentally went into the laundry room and found that the skillet had inexplicably placed in there, on top of the dryer could dinner proceed.
We’ve had our problems, she and I.  For a while, I could hear her prowling around outside my door anytime I was on the phone, presumably trying to listen to my conversations for her own dark and perverse reasons.  To put a stop to this, I started giving fake and rather malignant tech advice to “friends” on the phone.  One time when I suspected she was listening, I told my friend of my new time-saving trick: placing your cell phone in the microwave for 65 seconds will fully charge the battery.  Twenty-four hours later she had a new phone and was awaiting delivery of a new microwave.
And but so anyway this morning I was awoken by ridiculous bangings in the bathroom next to my place, which bathroom this beazy has apparently elected to paint today.
Usually she hires shady and swarthy gentlemen of extremely dubious Visa status from the parking lot of Home Depot for such things. But not today, thank Christ.  For these smaller projects, she has a couple glasses of breakfast wine and channels Frida Khalo and paints it herself.  But super slowly and carefully, as if painting a portrait. It is horrible to watch, and inspires visions of strangulation in the wine-dark psyche of your humble narrator. But once she gets bored and starts getting really drunk, she hurries to get it done and sloshes paint everywhere, adding several hours of clean-up time to the entire nightmare.
All of that nonsense disrupted any sense of rhythm I’d hoped to achieve today.
How was your day?
N.P.: “Strange Machines” – The Gathering 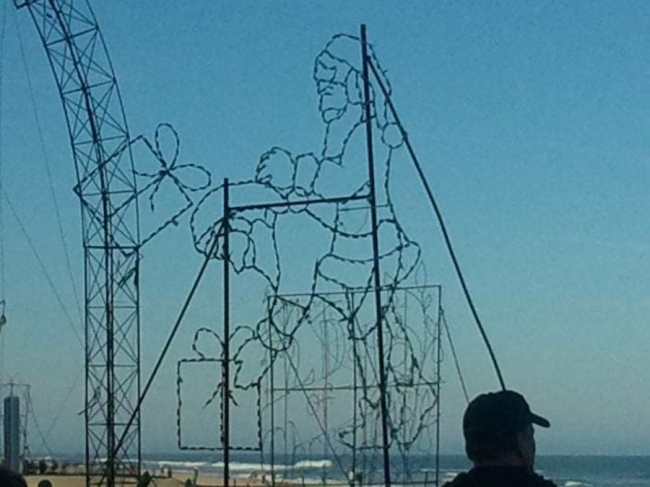 “I’m on a bus, on a psychedelic trip
reading murder books, trying to stay hip.
I’m thinking of you, you’re out there, so
Say your prayers.”
~ Billy Idol

This is it, dear reader…crunch time.  There are 158 days left to complete this book and determine its publishing fate.  I am so woefully behind schedule that I can’t bear to think about it whilst sober.  This is typically my most productive time: the dead of winter, long and icy nights..  And things have been picking up.  It’s just bewildering and disorienting to not have a clear vision of the end product.
Okay…back to it. 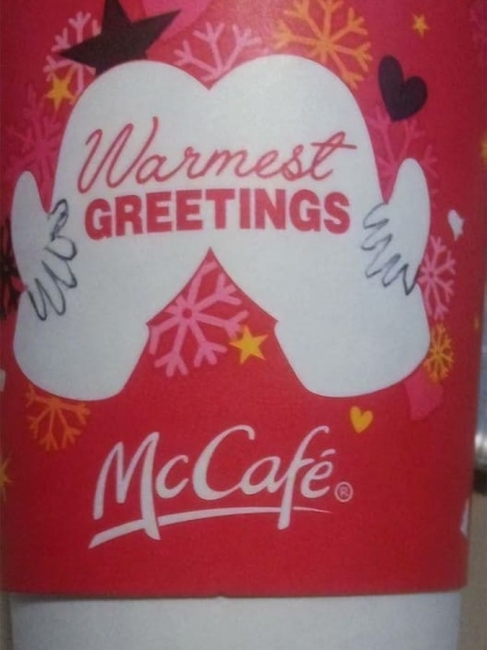 Jesus, it’s already Wednesday.  How did that happen?  It feels like I’ve had a lot of travel days lately, but I’m not sure why.  I haven’t gone anywhere.

Today is Boxing Day if you live anyplace where the queen is on the money.  Boxing Day is the day set aside for duct taping  up any unpleasant guests who darkened your door on Christmas (usually children), sealing them in boxes (usually cardboard) and sticking them in the attic with the rest of the awful Christmas decorations that have been cluttering up your existence for the last few weeks.  It is a rather dark European tradition that, much like the siesta, I think we colonists could benefit from adopting.

I was watching footage of what appeared to be a boy band performing in Indonesia when the tsunami hit on Saturday.  I know it’s not funny…it was quite horrible, actually…but I found myself chuckling as I watched it.  It;s just that I can’t tell you how many times I’ve been on stage doing whatever – playing in a band, doing a reading, delivering a lecture, dancing in a bondage club – when I thought to myself (having no one else to think to), “Oh dear god this is a disaster…I would give anything for a huge fucking tsunami to come absolutely barreling through here and wash me and everybody in here out to the watery depths so this can just be over.”  Maybe one of the band members simply  has (had) more pull with the divine than I do. 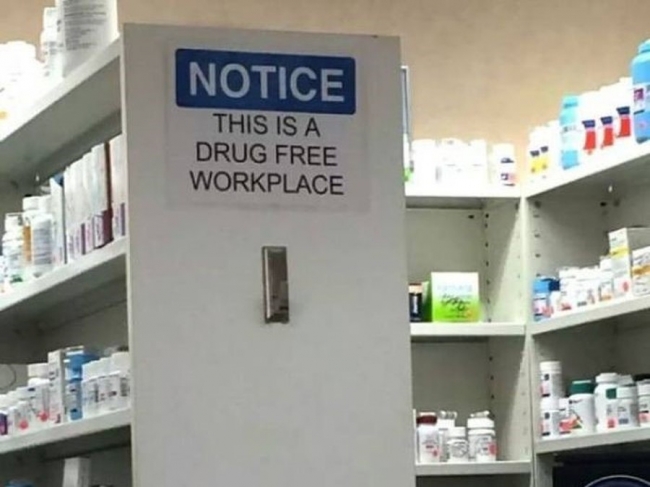 “I’m a cold heartbreaker
Fit ta burn and I’ll rip your heart in two
And I’ll leave you lyin’ on the bed
(with your ass in the air!).”
~ W. Axl Rose

That has been going through my head since about 04:00.  No idea why.

Anyway, today is the winter solstice, which means tonight, this night right here, is the longest night of the year.  Being the unapologetic nyctophile that I am, it is thus my favorite night of the year.  It is the first day of winter.  There is even a Cold Moon and a simply bitchin’ meteor shower for us to howl at.  Which I’d better get started on: it is getting both late and cold.

Here’s your definition for nyctophilia: noun –  An attraction to darkness or night; finding relaxation or comfort in the darkness. 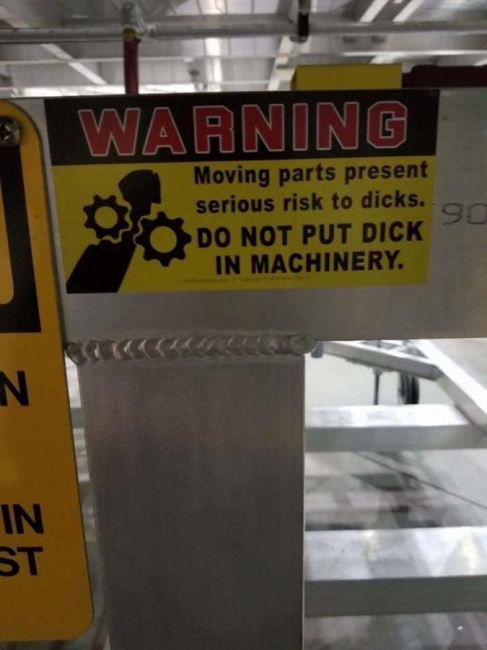 I got to mess around with a Roland JD-XA a bit today.  I could raise some real sonic hell with one of those.  I need to start hanging around music stores again.
More writing on the phone today, again.  Not as much as yesterday, but not bad.
Some weird Christmas party with the villagers is wrapping up downstairs somewhere, and at least one straggler is aggressively shooting dice.  Repeatedly.  On what sounds like a glass table.  I’m pretty sure it’s one of the noises that Charles Manson heard right before he sent his family out to Do Their Thing.  I can take another 5 or so minutes of this shit, and then I’m gonna go down their and shove some dice where they will make much less noise. 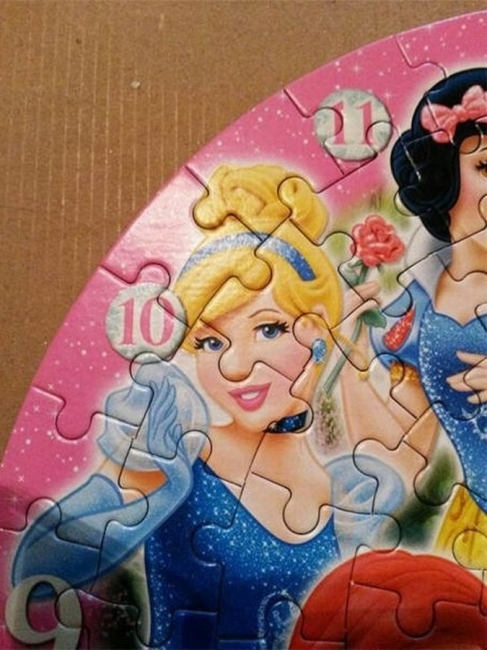 Pleasantly interesting day.  Was awoken by natural causes as opposed to the bellowing of idiots or the screams of their offspring, or the psychosis-inducing shriek of leaf blowers or wood chippers.  Which was nice.
Started writing before I got out of bed.  Didn’t really stop…still haven’t.  Finished a few shorter things for the book.  Feels like actual progress.  Which is also nice.
What’s nuts is everything I wrote today was on my phone.  I even used the dictation feature a bit.  I need to start using that more.  It’s interesting.
Anyway, back to it. 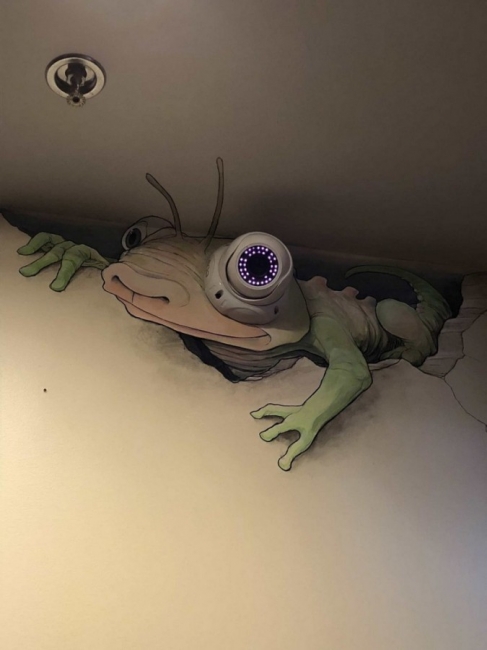 Perhaps the Academy should not worry so much about catering pathetically to the fragile masses and finding the most innocuous, uninteresting host possible, and focus instead on finding someone who’s willing to watch their stupid award show.
Nobody watches these things anymore.  All of the award shows’ viewership numbers have been steadily trending down and to the right for the last 10 years, most precipitously in the last three.  Down double-digit percentages in some cases.  And they just keep making it lamer every year.  A sterile, humorless host introducing dull and underwhelming acts.  And this year I’m sure they’ll continue to get the ratings they deserve.
What they need to do is invite Guns n’ Roses, and get Axl and Slash shithouse drunk in the limo on the way over.  And then give them an award.  Doesn’t matter what award…just make something up.  Whatever.  Just get them up on stage whilst six sheets to say a bunch of fuck words and hurl slurs at the Hollywood elite.  God yes.  That used to happen all the time.  And I used to watch a lot more award shows. 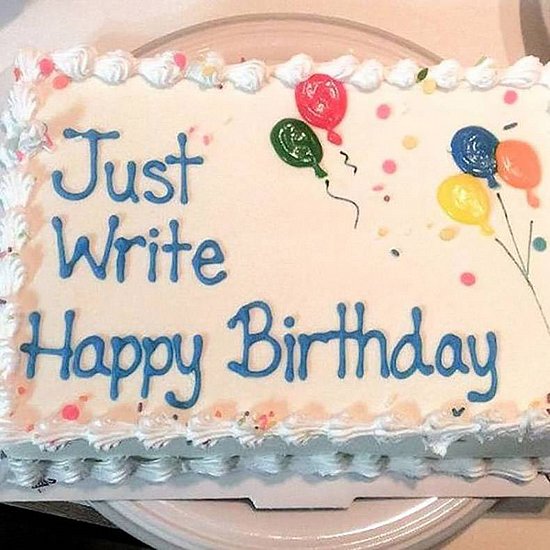 The fog never lifted in The Creek today, and I think all of Anhedonia is socked in.  Which is fine with me: if it’s not going to rain, fog is a temporarily acceptable substitute.
Haven’t really left the house for a few days.  Just typing away, desperately, yet not feeling as if much progress is being made.  Frustrating to say the least.
It’s been tougher to deal with people lately.  The last couple of weeks have been particularly challenging.  Most conversations feel like I’m being tested and that I’m failing the test.  I should probably just turn the music up louder.