In the words of the late John Lennon, nobody told me there’d be days like these. Strange days indeed. Most peculiar, mama. Whoa.

Today was a strange day. Then again, they’ve all been strange days lately.

Today I cussed out a rose bush. But after a good minute-long tirade, it still hadn’t seemed to have gotten the message. It was still giving me sass. So I threatened it with karate. “Do you want karate?” I demanded. More sass. So I attempted karate upon the rose bush, whereupon I fell immediately on my ass. Hard. That’s when I saw the priest, just standing there, watching me. END_OF_DOCUMENT_TOKEN_TO_BE_REPLACED 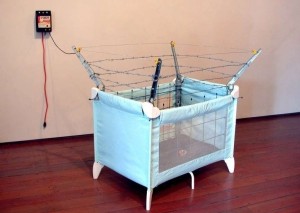 We need to talk. I’ll be brief. But I won’t be nice. The time for nice has passed. The situation has gotten so out of control that only unniceness will do. Also, I am grumpy, and you know how I get when I’m grumpy. I apologize in advance for any undue grumpiness, but say also tough titty: something has to be done. So let’s get this over with. Here goes.

I swear to Christ I am going to pumpkin the next person who responds to anything that I say with, “I know…right?” Bam. A pumpkin right to the face. A gourd to the gourd. The “I know” is irritating, but asking me “right?” is downright offensive. Of course it’s right, you nebbish! Otherwise I wouldn’t have said it. Your endorsement is unneeded and unsolicited.

I’m sure you’re suddenly pissed off at me, but save it: there’s more. If you are an American in 2014 saying “At the end of the day,” just shut your word hole and walk away. That expression had achieved shameful cliche status in England by 1998. Just eliminate it from your speech and say what you really want to say. For example, instead of saying, “At the end of the day, I still think that Michelle is a vapid twat,” just cut out the cliche. Hell, cut out the “I still think.” Just be bold and speak the truth: “Michelle is a vapid twat.” Isn’t that better?

Okay. Now for the big one. This one is likely to alienate everybody I know, because virtually everybody I know does it…that’s what makes it so insidious. “It is what it is.” God. This is, perhaps, the most existentially useless statement ever uttered by a soccer mom. I can only assume that what people like about it is that it is a balanced sentence. Someone recently told me that it is Zen. I assure you it is not. It is to Buddhist thought what Hootie and the Blowfish was to classical music.

END_OF_DOCUMENT_TOKEN_TO_BE_REPLACED

Sorry I’ve been all incommunicado. Here’s what’s been going on. A couple months ago, an old friend showed up with a the biggest bottle of what appeared to be NyQuil I’ve ever seen, squawking about wanting to play his new drinking game.

“It’s called ‘Look,'” he said, waving the bottle around.

“What’s in that? Absinthe?”

“Fuck Absinthe…that stuff is terrible. This…this is the green Chartreuse!”
“Whatever. Tell me about your silly-ass game.”

“The game is simple. To play Look, tune to any round-table discussion on any cable news network. CNN, MSNBC, FNC…doesn’t matter. Personally, I like Special Report on Fox because Krauthammer.”

“Charles Krauthammer is a fucking superstar.”

“Okay, so everybody who’s playing needs a glass.”

“Nope. A big, fuck off glass. This game is not for the timid.”

“Okay…we’ve got glasses. Now what?”