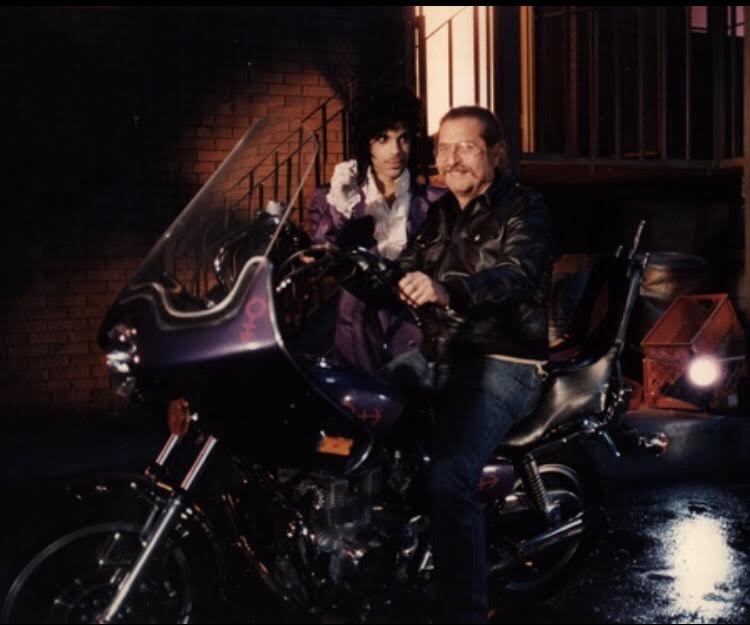 The Official Annotated Prince Discography put together by the good folks at the Prince Estate (princeestate.com) is fucking amazing.  Spending a minute on the site wondering why Prince hadn’t been able to do this himself whilst still with us.  He had tried with his NPG Music Club and other online ventures, most of which ended up being one-off websites that may have promised access to a library of music and video, but were ultimately just publicity tools for the latest album which would be stop being updated shortly after the albums release, and usually totally shut down within a year.
It was so frustrating to listen to Prince rail against the record industry and music business year after year and how badly he wanted and needed total control over his music, not only it’s production but it’s distribution and use.  One just wanted to grab him by his ruffled collar and yell, “Dude! You were lucky enough to be born right about the time the internet happened, which enables you to do exactly what you want to do!  Total vertical integration.  You write, record, produce, license, and distribute your music entirely in house, and keep virtually all the money.  Retain all the rights.  Pull things offline if you feel like…throw something new you just finished on there and see how people react.  Total control.  It could have been perfect.  But he never seemed to be able to get his digital shit together.
But now, his estate has quietly pulled it off.  The website is beautiful: clean, easy to navigate, but very Princely.  Even the cursor (a familiar drawing of Prince’s eye (which shifts from right to left depending on what side of the screen your cursor is on)) is brilliant.   Here you will find all of Prince’s Studio Albums, Legacy Releases, Live Albums, Compilations, as well as albums that he produced, listed and annotated with reviews, quotes, pictures, and videos.  It’s actually a rather dangerous time-killer for some of us, but that’s likely because suddenly, instead of employing a cadre of attorneys to constantly patrol YouTube and issues take-down orders like parking tickets, the estate is organizing and encouraging participation, which is rather a sudden shift.
The only “fault” I can find with the website is that it is somewhat less complete than what I’d hoped the actual estate could put together, and I’m not entirely sure why.  When Prince started experimenting with alternate distribution methods and unorthodox arrangements with traditional record labels, his albums got difficult to find, and my personal collection reflects that: I’ve got everything right up to “Crystal Ball” and things get spotty.  Some stuff was never released on CD at all, some CDs were only distributed with the purchase of a concert ticket.  Some albums were distributed in weekly newspapers in the U.K., and never even released in the States.  Most of the albums on the site have track listings, and if you click on any song, a 30-second snippet plays.  So you can click on the first one, let it play the entire album in 30-second snippets while you’re reading the material below…it works out well.  But it turns out the estate’s collection has the same limitations I do: no track listings for certain rarer albums.  I can only assume that this is due to licensing issues, and I’m hopeful that these issues will be resolved.  The same issue is true for all of the albums listed in the Major Albums Produced by Prince.  Some of them I understand: the actual artist was on a different label, and now they’re dealing with licensing issues.  But the early stuff by The Time, Sheila E, Vanity, Apollonia, etc, was all Prince, on the exact same Warner Bros. contract.  But this is clearly a work-in-progress, and the estate makes it very clear that this is just a beginning.
I am blaming the current sorry state of the writing on a very poor and ill-advised decision to “experiment” with the desk whiskey.  The usual menu goes something like this: in times of destitution, it’s a bottle of Evan Williams Bourbon, cheap and dirty.  I got into this shit in Seattle when the only way to get hard liquor was from state-run liquor stores that had very temperamental hours and didn’t even pretend to bother on Sundays.  Coming the first commercial distillery in the US, this shit is what the cowboys drink.  It’s American as fuck.  The folks at Evan Williams describe their product as “smooth,” and that’s fine…that’s their job, but this is not smooth: it’s about as harsh as your ex when she finds out you gave her the herp from a ho.
Unfortunately, there has been much destitution in the last decade or so.  Ha.  Writing.  I should have known when I was getting hammered with my editor in Manhattan and he said, ” So…when are you going to make an album and make some real money?”
Anyway, when things are north of destitute, the next step up is Jack Daniels.  Fucking right.  Uncle Jack.  Also American as fuck.  I don’t really have to say anything here: it’s Jack.  Bonus, pro-tip, however: Jack Fire is significantly more smooth than Fireball.
When things are going well, when you are flush, or when you want to write The Greatest Thing Ever, the desk whiskey simply must be Chivas Regal.  Scotch.  From Scotland.  This stuff could be from the moon, it would still be amazing.  (By the way, the moon has really been pissing me off lately.  I’ll get into that another time.)  It’s a blended scotch, which also happens to be the case with this swill I “experimented” with.  But I don’t think this crap was blended using 12-year-old scotch: this stuff was aged for about 10 minutes.

To properly reset the Desk Whiskey scales, the next bottle will be Chivas.  For the sake of the writing.   If I decide to do any more “experimenting” in the future, it would likely involve Four Roses Single Barrel.  If that happens, you’ll be the first to know. 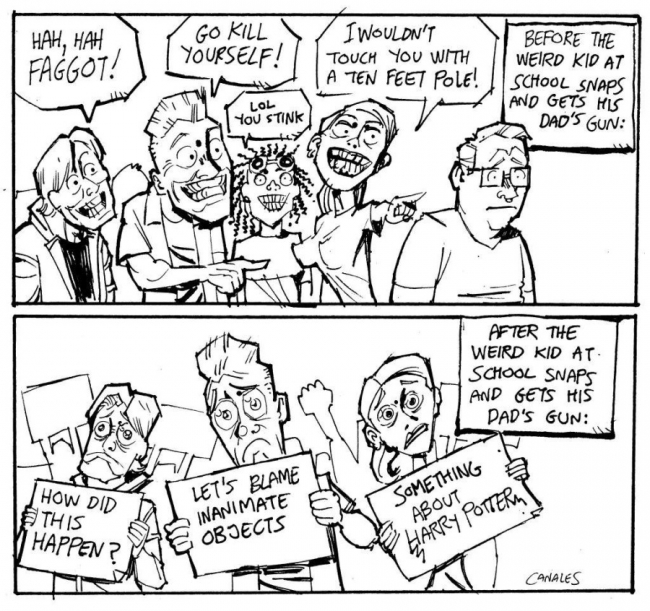 It’s time for both the Canadian as well as the United States’ governments to reopen the debate on van control. 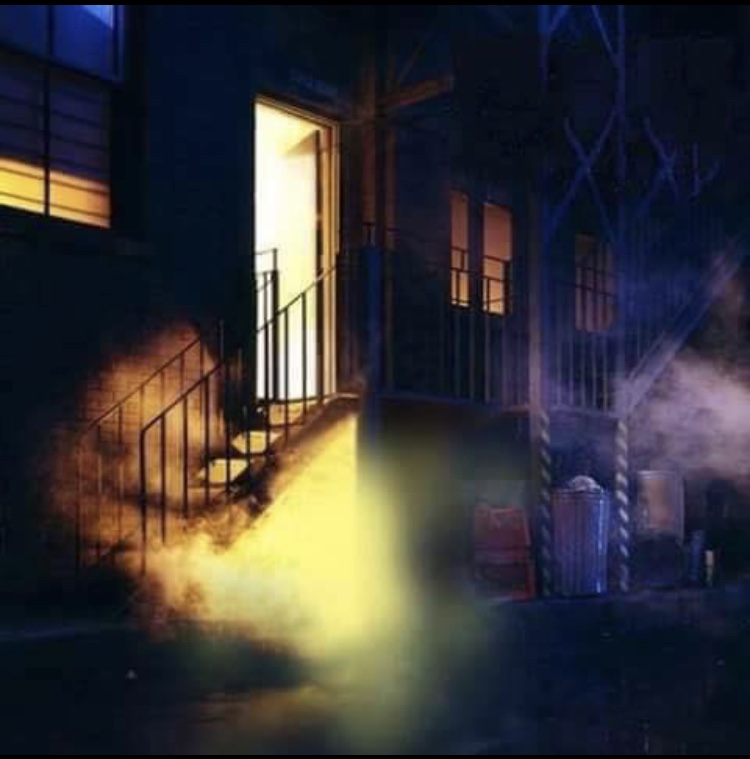 I don’t drink coffee, but clearly something had to be done, so I went to one of the 7 coffee shops on the corner. You may not know this, but in Seattle, our coffee is served up by girls in bikinis. It’s nice. I told this particular barista that I was not a coffee drinker, but I also wasn’t the sort of person to be awake during daylight, and could she please help a brother out. She winked at me and said, “Oh, I’ll jack you up,” and concocted this horrible bubbling brew with five shots of something awful in it (I assumed it was whiskey, but in retrospect I don’t think this was the case).

I brought the coffee back up the street and drank it quickly.

Jack me up she did.

It’s been half an hour, and I have removed my shirt, am pacing (actually running) around my apartment gritting my teeth, barking at the balcony squirrels every 3 minutes, and watching documentaries about the Manson Family at inordinate volume. If things don’t improve soon, I am going to march back down there to see if that bikini-clad witch has any thorazine.

You people do this every day? Madness. 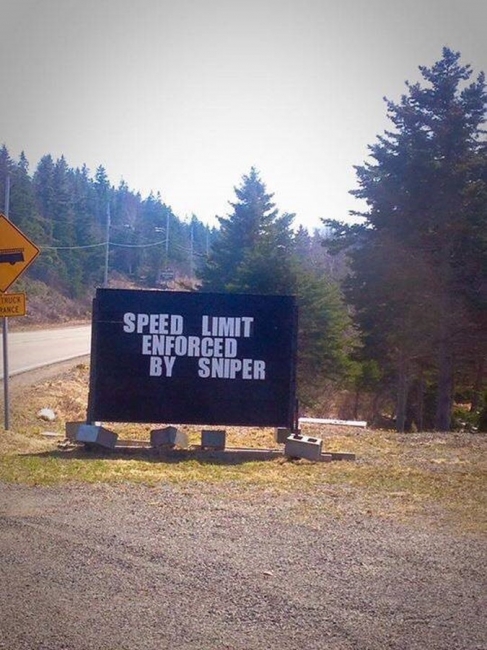 And every apology under the sun for what I’m sure you consider my gross negligence of you here.  I can assure you that that is not the case, though I’m sure appearances suggest otherwise.  The truth is I’ve just been busy as hell.  Working on my own projects, things for others…it’s just been a hectic time.  I’m 12 years behind schedule, and catching up can be a bit daunting most days.  But I haven’t forgotten about you.  I’ll have some things here for you soon.

Today’s wisdom comes to us from Ikon, a pimp who was sitting on the steps of a funeral home/crematorium in Seattle, drinking a Four-Loko: “Listen, dude…if it has tits or tires, you’re gonna have problems with it.”

In other news, things would be going much better (certainly faster) if I had an assistant. 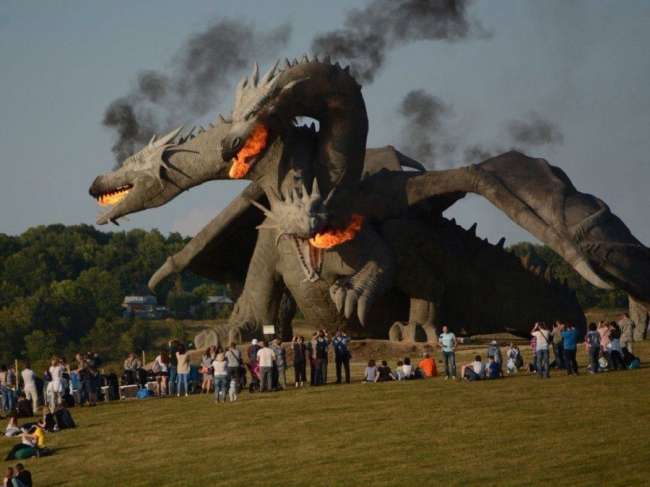 Hey y’all…I’m busy as hell lately, but I’m working on some things for you.  Just wanted to say hi.

antistalking – verb – learning a person’s routine in order to avoid them. 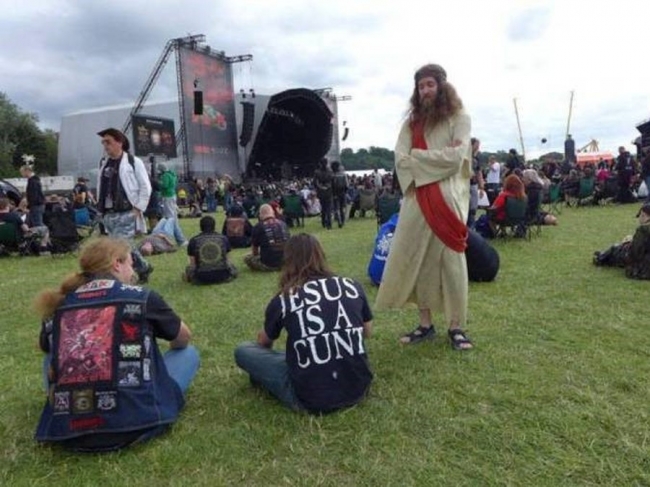 “When my brain begins to reel from my literary labors, I make an occasional cheese dip.” ~ Ignatius Reilly

Finally having a look at “The Terror” on AMC.  If you haven’t had a chance to read any of Dan Simmons’ work, I recommend his stuff, particularly his first novel, “Song of Kali.”  “The Terror” is based on his 2007 novel of the same name, and Mr. Simmons is executive producer of the show.  I’m only an hour in, but so far, so good.

I’ve been working on a couple of projects, and they are both painfully slow going, yet taking most of my effort.  An unfortunate side effect is that I don’t always have many words left over in the predawn hours for you here.  As I mentioned a few weeks ago, I’ve been immersing myself in the short stories of both Poe and Lovecraft.   So I was thinking about talking about those things here.  It could by like our own little book club, except we’ll actually read the book, and we don’t have to deal with the hassle of actually being in the same place at the same time.  It won’t be anything “scholarly” and I am approaching both of these authors as just another reader…not a critic, certainly not an expert.  In fact this is my first time reading any of Lovecraft’s stuff.  I’ve been a Poe fan for most of my life (my first exposure was when I was 10, and I was instantly and permanently enthralled).  I took one class that focused on Poe in grad school…nothing related to Lovecraft was ever offered.  But I was always hearing about him.  He was one of maybe three or four authors that other students would talk about in the context of “Oh man, you’ve got to read this guy,” but the professors would hardly acknowledge publicly (incidentally, when I started teaching college, I talk these authors any chance I could).  So yeah…what I mean to say here is that though I’ve been directly exposed to Poe’s work for decades, I’d managed to read a single word of Lovecraft, despite almost constantly hearing about him and his work for just as many decades.  And so I’ve been trying to change that this year.  I started at the beginning with “The Tomb” and have been making slow but steady progress.  More on this to come, but I just wanted you to know what I was thinking about.