This game can only be played with a full, sealed bottle of whiskey.  Chivas Regal is preferred, however Jameson, Four Roses, or Jack Daniels may also be used.  No glasses, mixers, chasers, swizzle sticks, cocktail umbrellas, or tropical fruit accompaniments will be necessary.
Begin viewing any “reality show.”  Bravo tends to make for the quickest and most intense games.  As soon as anyone on the show says, “At the end of the day” or “It is what it is,” crack open the bottle of whiskey and begin drinking.  You have until the next commercial break to down the entire bottle yourself.  As soon as all the whiskey is gone, hurl the bottle angrily and with monumental contempt directly at the TV screen.  Ideally, this will shatter both bottle and television.  And that’s it.  That’s the game.
Bonus Round:  Do not replace the smashed tv, but instead use the money to purchase books and more whiskey and Taser™ cartridges. 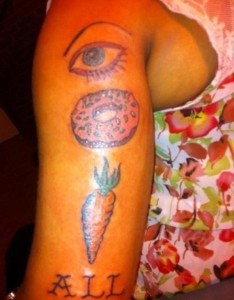