The stripper before him smelt of the sourness of the second shift of a very rough double. The sour breath of alcohol and penis and the odor of sweat and smoke. Her dead tooth was a dark glare in the light of the bar, and the way the blacklight made all of her teeth glow nuclearly except for the dead one wasn’t helping anything. Her eyes were wild with desire and methamphetamine as she moved her hips in circles. He felt the warmth of her body as she leaned in and her hands grasped his neck tightly. He tried to ignore the stench of her dead tooth and focus on the feeling of her body against his. Although he could not deny the saprogenic smell of her mouth as she mumbled whorish nonsense mere  inches away from his face, he remained transfixed upon the song blaring in the background…it was one of his favorites.  It didn’t have a dead tooth.  “Focus on the song,” he told himself.  “Once it’s over, this dance will be over, and I can finally escape this ho and her fetid breath.” 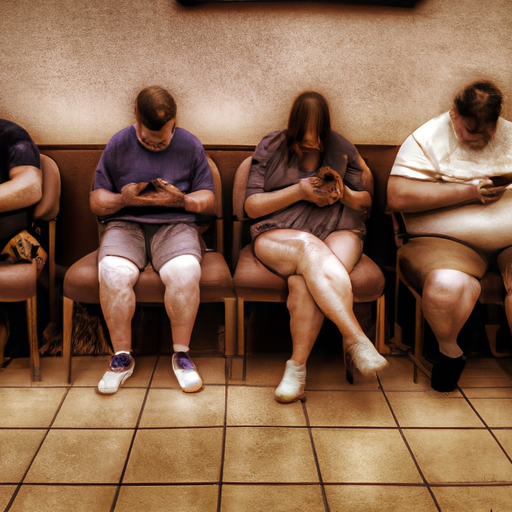 To the other people in the waiting room…yes, I am looking at you.  Though you’ll never know.  I’d even admit to what I’m doing technically as watching you.  Not in a creepy way…not really.  And I’m told I have a subconscious tendency to stare.  I’d apologize, but even if I am unintentionally staring, you still will never know.  I’m just watching you not watch me.  Or anyone else.  I’m watching you and everyone else in this room stare at their screens.  Oblivious to everything else.  Obsessed not with observing life, but observing other people’s observations of life.  Free thinking is gone.  Critical thinking is gone.  No more active thought…just one-directional, unquestioning intake.  What the hell happened to you people?  I don’t want to know any of you.  I wouldn’t drink with you even if you were paying.  You actually volunteered for slavery.
I want to help you…I really do.  But first, you need to look up.  To make any change at all, you’re going to need to put away your phone, and just look up. 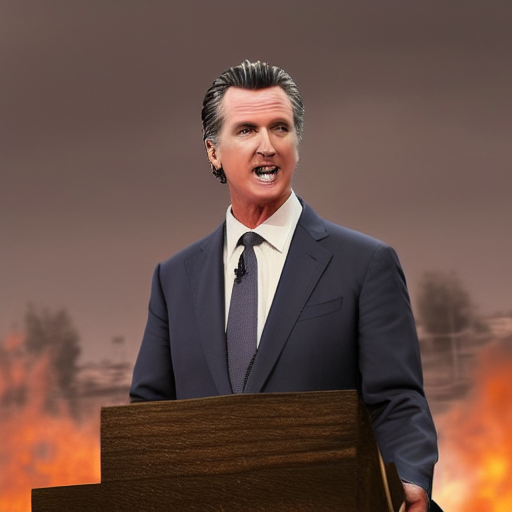 For the last several weeks, California has been under both a drought emergency and a flood emergency.  Simultaneously.  In the same exact place.  Weird as tits on a bishop.  When asked about this ludicrous incongruity on the steps of the Capitol this morning, the governor grabbed a spokesperson from Water Resources and thrust her in front of the camera.  The chick from Water Resources blathered on about global warming for a bit…just long enough for the governor to climb into his motorcade and escape.  What the chick from Water meant to say was, “If this looks like egregious incompetence from the state’s executive branch, then that’s likely what it is: this state is run by absolute morons.”

N.P.: “It Serves You Right To Suffer – The Avener Rework” – John Lee Hooker 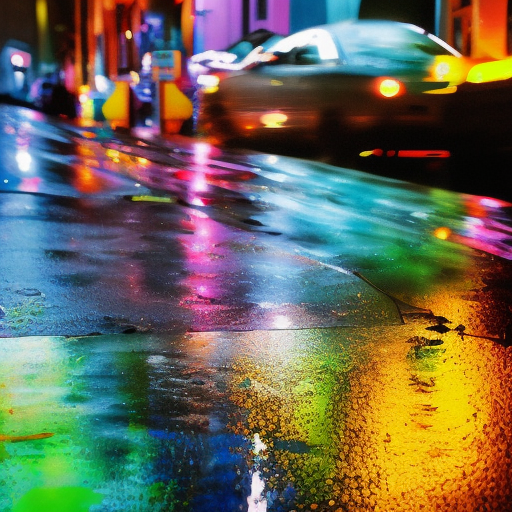 And now for some verse…

The skies are black over the city today.
The smell of rain, that sweet perfume.
I’ve never been good at names for things.
But I know what it is to be rained on,
to have the sky open and the city close,
to have the petrichor rise up and embrace your face:

And so much for all that.  Today is for serious book work…not for windy walks in the rain.  The time has come to kick ass!  In fact, it’s long overdue.   I am behind schedule, and that means that there are asses in desperate need of kicking walking around unkicked.  So I’m gonna get back to it.

I’ll leave you with this note from Fitzgerald:

“For what it’s worth: it’s never too late, or in my case, too early, to be whoever you want to be.  There’s no time limit, stop whenever you want.  You can change or stay the same, there are no rules to this thing.  We can make the best or the worst of it.  I hope you make the best of it.  And I hope you see things that startle you.  I hope you feel things you have never felt before.  I hope you meet people with a different point of view.  I hope you live a life you’re proud of.  If you find you are not, I hope you have the courage to start all over again.”  ~ F. Scott Fitzgerald

N.P.: “I Don’t Care About Nothing Anymore” – Beasts of Bourbon 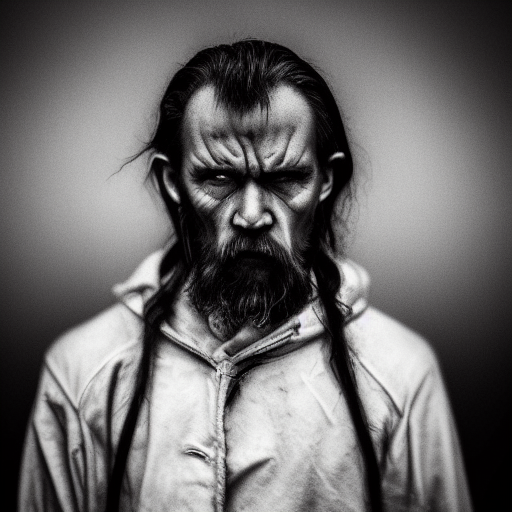 N.P.: “Living On The Ceiling” – Blancmange 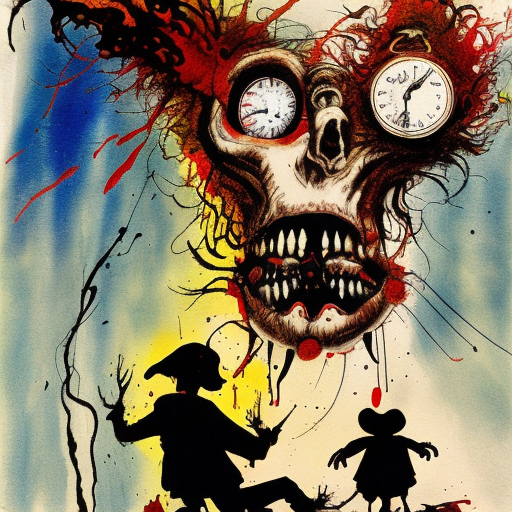 Fun Fact: I have an unusual startle reflex and I don’t jump at all at nearby gunshots or explosions.  Some of my friends know this, but not all of them.  Certainly not the one who gave me the bag of Ambien™ to help me “sleep through the fireworks at midnight.”  She gave me careful instructions about when and how many to take, and of course I thanked her profusely, shut the door, and took everything in the bag.  I don’t have a solid recollection of much, but I know I stayed up quite some time making bizarre art.  And like Christmas morning, except better, the morning after an Ambien™ binge is always full of surprises.  For instance, this “poem” I have no memory of writing:
Happy New Year, my friend
I say to my friend.
The dash between us is like the space
between strangers on a train;
it’s not what we know about each other that matters,
but what we don’t.  The dash is how it feels
to live in two states at once, the territory of the hyphen,
here but not quite, home but not really.
The dash is how it feels to be in exile,
the space between where I am and where I want to be,
or so I tell myself.
But the truth is I’m happy here.
I’m just not used to being happy.

What the fuck does that even mean?  The dash?  What dash?  There’s no dash here.  God knows what I was thinking.  Doesn’t even sound like my style at all.  Maybe I’ll get back in to writing verse (sober verse) this year.  My sober stuff isn’t that great, but it’s quite better than this dash nonsense.  Never mind.  Happy New Year.  Let’s get weird.

Happy New Years Eve, dear reader.  I hope the last one was good, and the next is even better.

I do a lot of bitching about how mercilessly hot the summers are here in Fecal Creek, and they are, in fact, brutal.  The sky seems completely empty during the summer, offering no protection, no barrier against the nuclear fire of that no-so-far star around which we endlessly orbit.  And it just drags on for ages, the summer does.  It’s hard not to take it personally, day after day after week after month.  It’s punitive.  For six months out of every year, I’m miserable.  I absolutely hate it.
But from the first of November until the end of April, The Creek is a fine place to be.  The air is cold and crisp, the skies are dark and chaotic, and the trees are angry and menacing, like they want to fight.  It’s beautiful; a reminder of why I stay here. It helps me forget about the hellish summer for a few months, and makes enduring them worthwhile.
I’m focused on the weather today because we’re in the middle of an atmospheric river, and it’s just been The Great Deluge here the last few days.  I’ve enjoyed every minute.
2022 was a great year at The Safehouse.  Of course, because life here requires total devotion to coolness and secrecy, I regrettably can’t give you any details, but it will all be told eventually.  This year was also exceptionally challenging…monumentally challenging, even.  But every challenge was risen to.  And I learned a lot.
I am grateful and truly appreciative of so much this year.  I don’t take any of it for granted.
Thank you, dear reader, for another weird, wonderful year.  I think this next one’s gonna be even weirder.  And I promise not to bitch about the weather as much.

N.P.: “Wail of Sumer/And There Will Your Heart Be Also” – Fields of the Nephilim 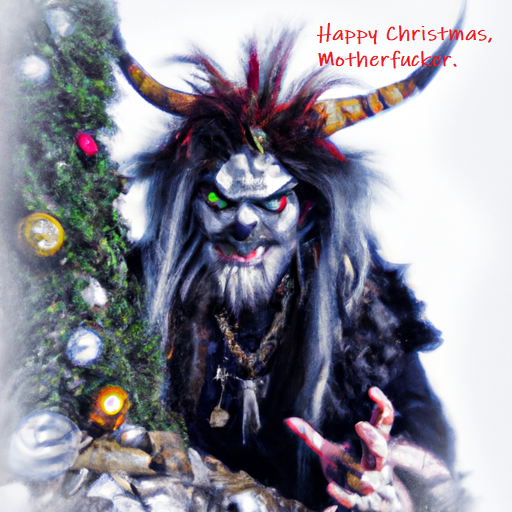 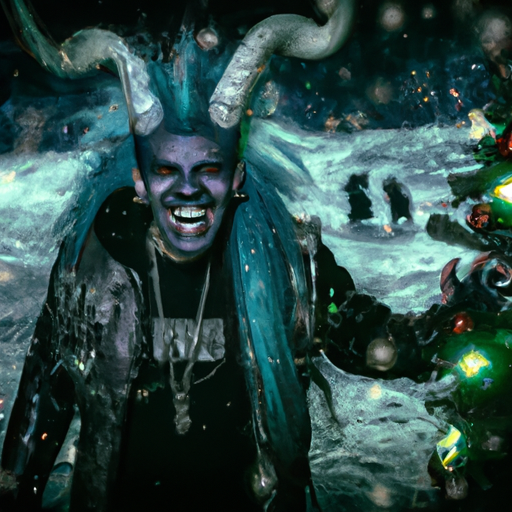 First, allow me to apologize for that weirdness on Thanksgiving night. I didn’t know that was your motorcade…I assumed it was the Governor, again…you know how he gets around the holidays. I’ve asked him to stop. Anyway, I’m just sorry as hell that that happened. You are always welcome at The Safehouse.

But never mind that…we’ve got more important cats to skin, namely, what is starting, to my jaded eyes at least, to look like a proliferation of traffic circles in this idyllic town of ours.

I doubt I need to remind you of the last time I attempted to bring this problem to your attention, back when you put that first despicable roundabout in right in front of City Hall. My months of letters of desperate invective went unanswered, and ultimately I was forced to drive endless laps around that ridiculous traffic circle whilst laying on the horn just to get you to acknowledge my concerns. But after all that, you did exactly nothing. Even now, what…two years later…I still have to deal with that monstrosity at least once a week, when I have to come downtown to re-up on groceries and ammunition. And at least once a week, I’m doing multiple laps around that thing, blaring the horn and flying my favorite finger directly at your office. And still, nothing.

And let’s be honest here, Kevin…if it was just you and me driving around this town, the traffic circles would be a non-issue…we would cruise around with complete insouciance to the traffic circle or any other artificial impediment to our progress: we would handle them masterfully. But then there are all these other motherfuckers on the road with us that mess everything up for everybody. You and I both know, as wonderful as this little town of ours is, the citizenry is completely inept behind the wheel. I don’t know what it is with the landed gentry of Fecal Creek, but they cannot fucking drive. They can’t even handle to the right-turn/merge lanes at every major intersection in The Creek: no need to stop, even on a red, but at least half the time, some old bat just decides it’s time to stop and then stays stopped despite the banshee screams of a dozen horns directly behind her. Goddammit, Skutch! How can you possibly expect a mind like that to artfully cope at all with the unnecessary complexities of a traffic circle?

And now I see you’re putting in another traffic circle, but this one much closer to The Safehouse, at the intersection of Bedlam and Squalor. This is completely unacceptable. Any roundabout in the United States is a waste of both time and money. Any roundabout in Fecal Creek, I can’t help but take personally, but placing one so close to my home is just egregious.

This may mean war. I’d hope not, man…you know I’m a pacifist at heart, but you may have pushed me too far this time.

We must draw the line at this, Mayor Skutchinson. I demand that you remove these traffic circles immediately and return Fecal Creek to its previous state of blissful ignorance with regards to the traffic circle menace.

I know I can count on you, Kevin. Make it happen.