I heard about a business in Yuba City which offers the sportsman in your life a very special postmortem service. For what I imagined would be a substantial fee, this business takes some of the ashes from your beloved hunter’s cremated body, mixes them with some sort of thickening agent, packs the resulting wad into a shotgun shell, and blows said wad through the recently deceased’s favorite species of fowl.

I had to know more. It was a hard rumor to track, but eventually I got a name: Enrique, who was in charge of something called “Out With a Bang.”

I called Enrique’s number, hoping to get some basic information about the company: mission statement, history, plans for the future, franchise options, etc. As the phone rang, I designed an imaginary brochure for Enrique’s little venture. The company logo would be a terrified mallard mid-flight, pursued by a bullet in the shape of a coffin. Then the copy: “Need a gift for the dead outdoorsman in your life? Is there a mortally-ill hunter on your Christmas list who is simply impossible to shop for? Well, look no further than Out With a Bang.”

Finally, Enrique picked up. He sounded like he had just awakened. It was three in the afternoon.

I had a lot of questions. I wanted to know if his services were limited to wildlife, or if one could pay extra to be blown through a particularly annoying coworker or ex-spouse. Okay, that might be a bit much. But what if I wanted my mortal remains blazed through my neighbors’ Lhasa apso, the one that’s been shitting with impunity on my lawn for the last year? I really needed Enrique’s input.

But when I mentioned the business, Enrique started explaining to me that this was a new business, therefore he was a new employee, therefore he couldn’t give me any solid answers. He did, however, confirm that he was the owner.

I don’t want to cast aspersions, but I think a better name for his business would be “Out With a Bong.” I swear to Christ I heard what sounded like smoke being sucked through bubbles in the background. Enrique accused the state of California of discomfiting his vision. “Yeah, we’re just having problems, you know, gettin’ started. With, like, permits and stuff.”

This was starting to feel like a wild goose chase.

When I called the California Board of Funeral Directors and Embalmers and asked them about Enrique, their only official comment was an incredulous, “What? Are you serious?”

But, off the record, they have heard of this idea before. An anonymous informant noted: “They probably won’t get too far with it. We tend to frown on human remains being turned into projectiles and shot across the countryside. The animal rights people would probably say that plugging a goose with Uncle Henry’s dying wish qualifies as cruel and inhumane.” 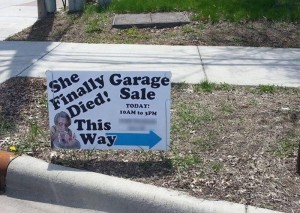 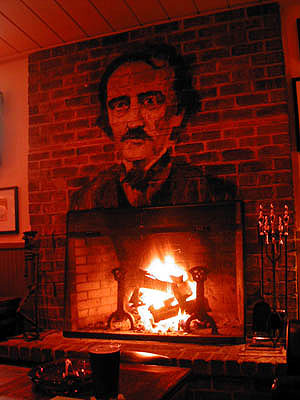 The cult is coming along pretty well.  We’re going to need a much bigger space, though.
Some of us went down to the park to spread the Word of Me and recruit new members of the family.  It was there, sitting on a bench, that I impossibly ran into Icon.  Icon was a pimp I encountered on the steps of a funeral home in Seattle several years ago.  “If it has tits or tires, you’re gonna have problems with it,” he had sagely cautioned me when we first met.  And now, how ever many years later, here he sits, on a park bench, his dreds significantly longer, and almost all of the business end of his pants completely blown out.
“Dude, things was fine until that Kim Kardashian bitch put out that pic of her ass.  It was everywhere…you couldn’t get away from it.  I just kept seein’ it urawhere…dat ass.  Finally, my dick just exploded.”
I know exactly how it is, Icon.
“Now I just sittin’ hur on this bench, hopin’ the damn thang grow back.”
“Listen, Icon…we go way back.  Let me just cut to the chase, here: I have started a cult.  I just appointed one of our members to be my personal physician.  He’s a surgeon.  Specializes in gun shot wounds.  I’m sure he would take a look at your exploded junk and come up with some sort of treatment plan to get you ‘back in the game’ as soon as possible.”
“Oh my god…what do I have to do?”
“Join the cult.”
“What kind of cult is it?”
“Doesn’t matter.  You in?”
“Yo doctor look at my dick?”
“I’ll text him right now.  We’ll set something up for tomorrow.”
“Aight.  I’m in.”
“Bless you, my son.  Now let’s get down to the mall and get you some pants.  One of our members works at Hot Topic part time.  She can hook us up.”
“Thank you so much, man.”
“You are welcome, Icon.  No more looking at any Kardashian ass, though, okay?”
“Deal.” 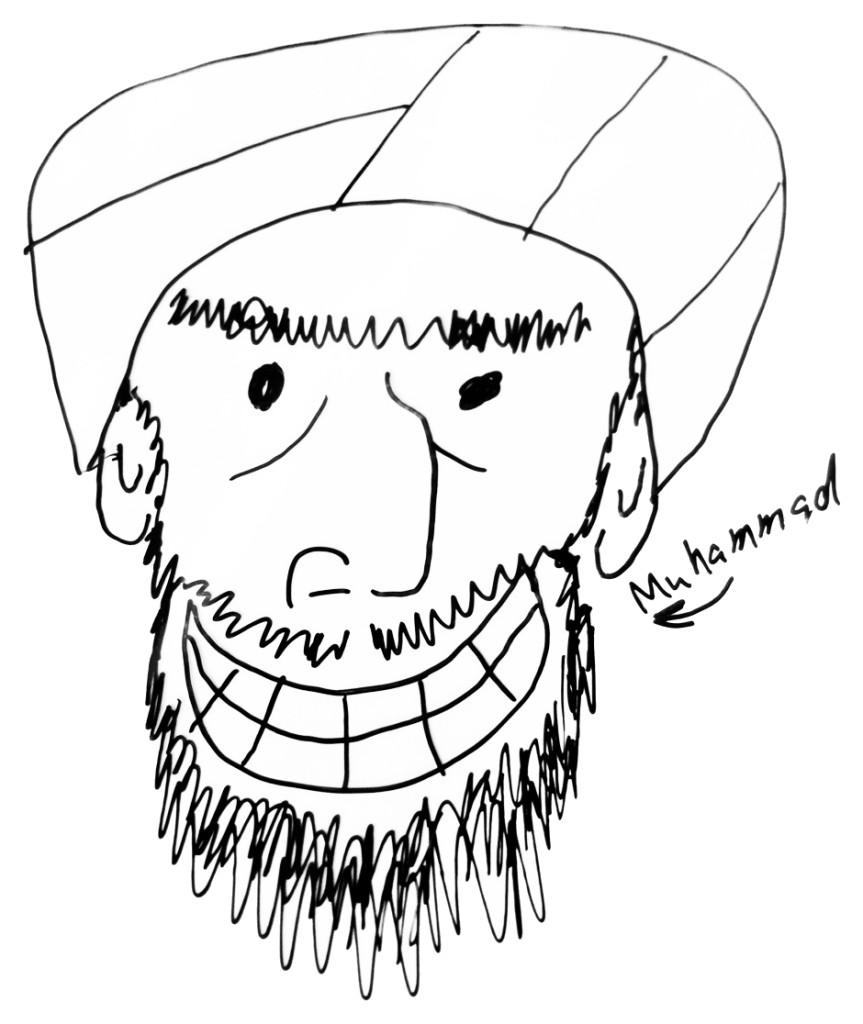 Six days.  Six fucking days is how far I got into the year before violating every last one of my resolutions.
Here’s the list as it existed on New Year’s Eve:
1) I resolve to no longer engage in what my therapist calls “the edgy stuff” (fisting, sodomy, etc) before marriage. Or at least not on the first date.  Or at least not with the therapist.  Whatevs.
2) This one also a direct request from the therapist: I resolve to stop eating animals solely with the intention of inheriting their strength and dreams and “life force.”  Because apparently it’s working and it’s really just a “point of diminishing returns” situation right now and probably just really screwing up my heart health so okay: from now on, it’s nothing but kale and soy. Which is really convenient: since I’ve eaten any animal silly enough to come near, the lawn has gotten out of pocket.  In 2015, I can just go out and graze on the lawn anything I get “snacky.”
3) And sobriety…yes! Oh hell yes.  2015 is going to be sobertastic. Sobriety and clarity and good, clean living. Yay!  I’m going to wake up early…15 minutes before sunrise, every morning.  And I’m going to exercise.  Yes.  Work out everyday day, dammit.  I am high on life, and I want this – All Of This –  to go on forever.  And if I can enjoy All Of This for an extra 10 years by eating roots and twigs and abstaining from fun and happiness then by God that is what I will do.
4) I resolve to sincerely attempt to decrease the number of times I kick that ugly goddamn neighbor kid down the back stairway just because I am grumpy or out of whiskey.  I will go one Christian step further and resolve to not refer to his mother as “an anus-eyed skull face.”
5)  I resolve to answer emails in the same year as received.  The same month would be even better.  Baby steps.
Well, so much for all that.  I boned every one of them.  Okay,  not #5, but that’s just a matter of time.  Alas.  Forsooth.  Phooey.  Balls. 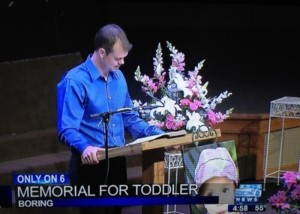 I love the muffled sounds of these foggy midnight streets.  And all dawn’s promises whispered by the foghorn.

I want to tell you some of my secrets over the sound of angry waves breaking.  And then, I want to sit in silence and listen. 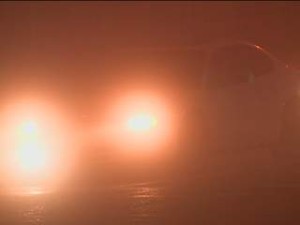 Following a profound new experience, providing a new illumination of the world, the founder, a highly charismatic person, begins enlisting disciples.  These followers become an informally but closely knit association, bound together by the new experience , whose nature the founder has revealed and interpreted.  The association might be called a circle, indicating that it is oriented toward a central figure with whom each of the followers is in intimate contact.  The followers may be regarded as the founder’s companions, bound to him by personal devotion, friendship, and loyalty.  A growing sense of solidarity both binds the members together and differentiates them from any other form of social organization.  Membership in the circle requires a complete break with the ordinary pursuits of life and a radical change in social relationships.  Ties of family and kinship and loyalties of various kinds were at least temporarily relaxed or severed.  The hardships, suffering, and persecution that loomed for those who cast their lot with the group were counterbalanced by their high hopes and firm expectations.

Of the founder himself, he has visions, dreams, trances, frequent ecstasies, unusual sensitiveness and an intense emotional life, and is ready to interpret manifestations of the divine.  There is something elemental about him: an uncompromising attitude and an archaic manner and language.  He appears as a renewer of lost contracts with the hidden powers of life.  He does not usually come from the aristocracy, the learned, or the refined; frequently he emerges from simpler folk and remains true to his origin even in a changed environment.  He speaks cryptically, with words, signs, gestures, many metaphors. and symbolic acts of a diverse nature, illuminating and interpreting the past and anticipating the future in terms of the circle. 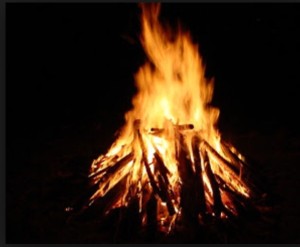