Started “construction” on the new studio, aka The Death Star (corny, I know, but it really does kinda fit).  It should be up and running by Halloween. 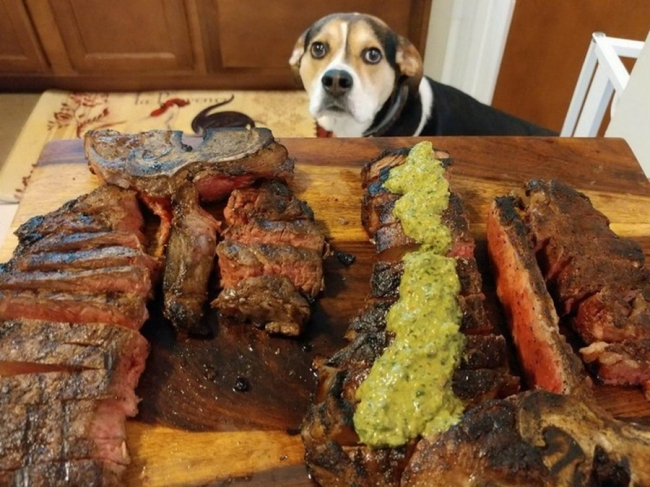 I rather enjoy having a legal department.  Still looking for an assistant, a valet/hype man, and someone who knows how to cut curly hair. 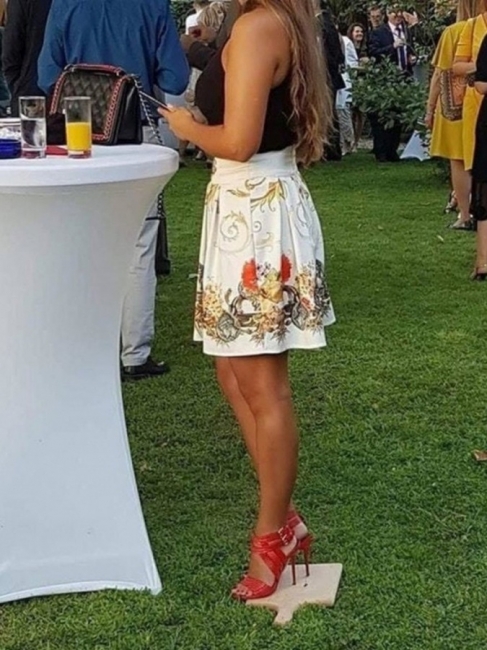 Only children just demand things that may or may not exist and/or be possible. This is a direct result of playing scoreless soccer and receiving participation awards.   If you find yourself anywhere “demanding” anything, understand that you are in no position to demand anything.  If you don’t like something, you’re going to have to do more than just demand other people change it.  If you don’t like something, then you need to go change it.  You’re an adult, you claim to be intelligent…why are you demanding other people do things? Shut the fuck up and go do them yourself.  If you don’t like the way your community is policed, become a police officer.  If you don’t like the laws as they are written, run for office or go to work for the legislature and get new laws written.  If you want more books and movies featuring characters of a certain race, then start writing those books.
This won’t happen for two reasons: 1) the sheep in the mob have zero interest in actually fixing the problems they claim to care so passionately about.  These problems are just the excuses they use to “justify” their violence.   In fact, it behooves the cause for the problem not to be solved, because if the problem were to be solved, they would have less to bitch about.  Which is all they do: bitch.
If they were to actually try to solve the problems they are demanding everyone else change, they would quickly learn two things: 1) becoming a police officer, a legislator, or an author is an unbelievably difficult thing to do, and despite what their parents, teachers, and all their participation awards have been telling them, they aren’t capable of “being anything they want.”  They cant get into a position to affect the change that they’re demanding: not because the system is racist…It’s because they themselves lack the necessary intelligence, education, talent, common sense, et cetera, to achieve these things.  And 2) not all problems have solutions.  There are certain aspects of the human condition that can never be “solved.”  Racism, sexism, violence, crime, poverty, injustice…these are all things to certain work against and try to reduce, but they will never disappear.  As long as these are the causes, the mob will never run out of things to demand.
The way to actually change these various problems, by the way (not that anyone asked), is not to try to stop or eliminate them…no, that would be foolish. No, the solution is to acknowledge sexism, racism, et cetera, as unfortunate realities, legitimate problems that aren’t going away, and then educate people on how to deal with it when confronted with them, and from there, build a society where instances of these problems occur fewer and fewer times.
What the mob is doing now with its demands is tantamount to a group of people protesting crime.  They’re marching in the street demanding an end to crime.  And they’re “teaching” their kids that the way to stop crime is to march in the streets demanding an end to it.  Then, when they figure out that their protesting did nothing to stop crime, they start committing criminal acts to “raise awareness” about the ongoing presence of crime, and things then continue to spiral stupidly out of control until you have a complete lawless situation, the exact opposite of what they were trying to achieve in the first place. What they should do (which is what any rational person does), is acknowledge that evil lurks, that there is and will always be crime, and then train yourself and your family how to handle it if it happens to them. 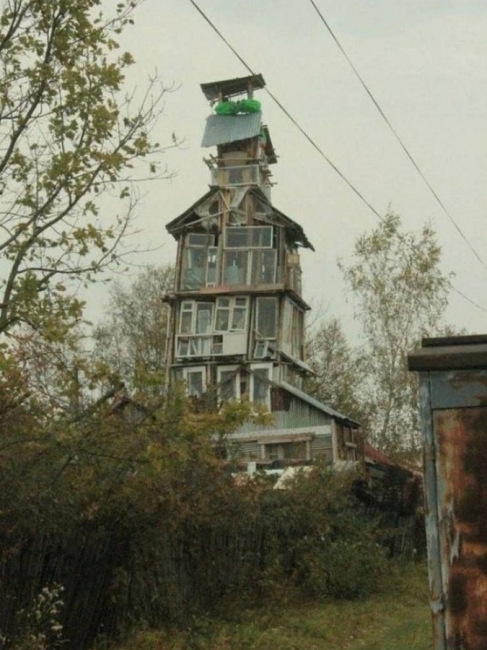 Not much to report today, dear reader.  Whiskey, wings, and writing. 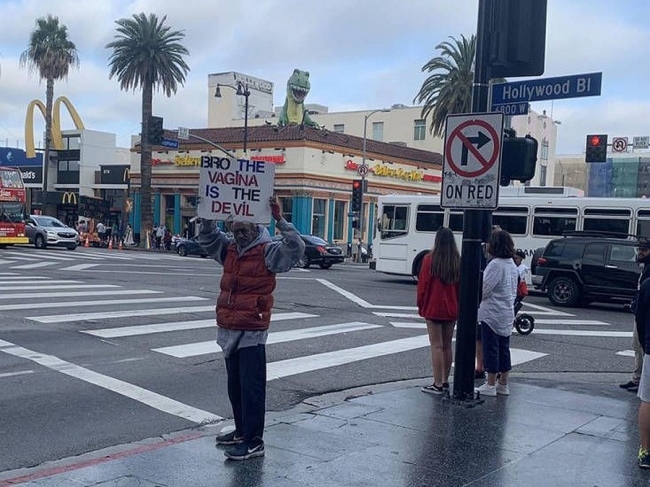 ‘Sup, reader?  Okay, full disclosure…I was gonna write this whole thing here tonight, but today the fine people at the Prince Estate released the Super Deluxe version of Sign ‘O the Times.  The remastered double album is there, of course, but then something like 50 previously unreleased tracks!  Fifty!  I’ve been listening to this goddamn thing for over 8 hours now.  I was supposed to have been writing that whole time, but I haven’t written shit, because I keep having to run to the keyboard (the one with the black and white keys) to play along.
Oops…yeah…gotta go again. 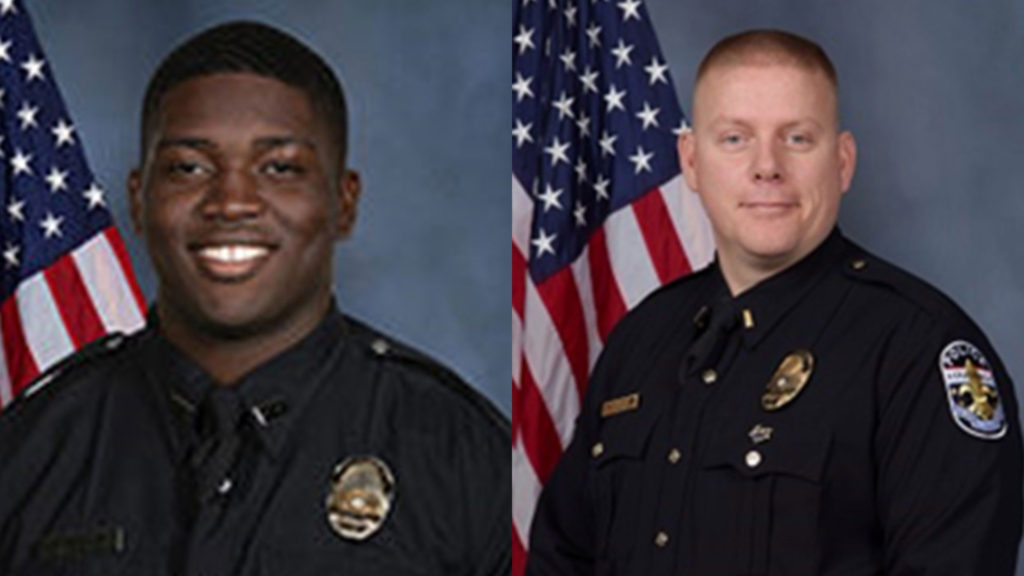 Welcome to the Honor Roll Officer Robinson Desrouches (L) and Major Aubrey Gregory (R) of the Louisville Metro Police Department, two officers who were shot last night while trying to protect the mob from itself.  Maj. Gregory, commander of the LMPD’s Special Operation Division and complete bad ass actually walked into roll call this evening, less than 24 hours after being shot in the hip.  Officer Desrouches is recovering from surgery after being shot in the abdomen last night. Here’s to a quick and complete recovery to both of these heroes.  Cheers. 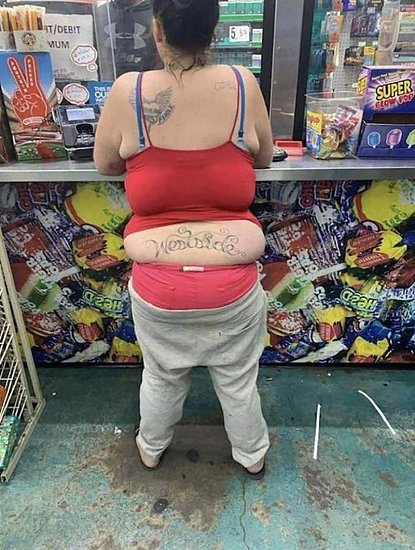 It’s fall.  Finally…fucking fall.  I should be in a better mood.  But I know it’s “in name only.”  There are still several weeks of atmospheric bullshit just ahead.  Typically, Halloween is the first day of my Happy Season.  Or at least my Less Pissed Off Season.

We spent the summer watching our civic and corporate so-called “leaders” cave in to the mob, in many instances before the mob even showed up.  Rather than face the possibility of a hashtag campaign, leaders of corporations, cities, states, and universities chose to sacrifice their own customers, citizens, teachers, and students in a doomed attempt to placate the mob.  Allow me to suggest that it is these leaders who need to go.  They need to be removed from their positions due to gross negligence and dereliction of duty.  And they need to be replaced with actual American leaders who have the spine to not wither and cry at even the idea of the cancel culture coming for them.  People who will look at the pathetically ignorant mob with their virtual torches and pitchforks and say, “No.  Fuck you.  My people and this institution have rights, and if the police department is too cowardly to protect them and has chosen to kneel with the mob, if the mayor and the governor are too incompetent to call the national guard in to do it, then I will fucking do it.  Because these rights don’t come from the police, the national guard, the mayor, the CEO, or anyone else…we have the rights already.  And simply because the people whose job it is to protect those rights have chosen, for whatever reason, be it incompetence or pusillanimity, not to show up to work, does not at all alter our rights.  You’ve just left it up to us to enforce them.  Which is fine.  And just so you know, before this is over, you will be begging for the police to intervene.  So make your move, or fuck off.”
But no.  These “leaders” find it easier to paint “Stop Racism” in the end zone and deploy other empty moronic gestures and hope that they please oh please just be left alone by the mob.  Whom exactly are they telling to stop racism?  Their players?  Are the players so racist that the NFL must now paint a note in the end zone in order to remind these racist bastards that they need to knock it off every time they make a touchdown?  No, probably not.  Then who?  They must be telling You, the viewer, that you need to stop your evil racists ways.  No…I don’t think they’re doing that.  The truth is, of course, that the message is not directed anywhere…it’s meaningless, symbolic bullshit. 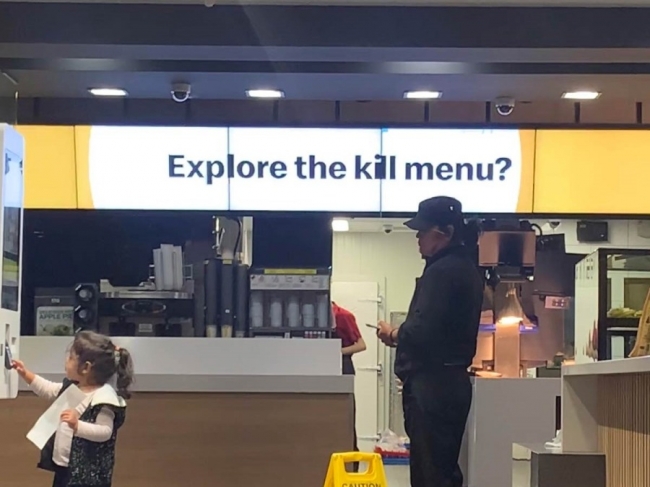 Today never really caught on with me.  I figured it would, at some point, but it never did.  I know I got irritated early on, and then I never really recovered.  I just stayed irritated all day.  Which annoyed me.  So then I was irritated and annoyed.  It was a whole thing.
I’m just gonna go to bed. 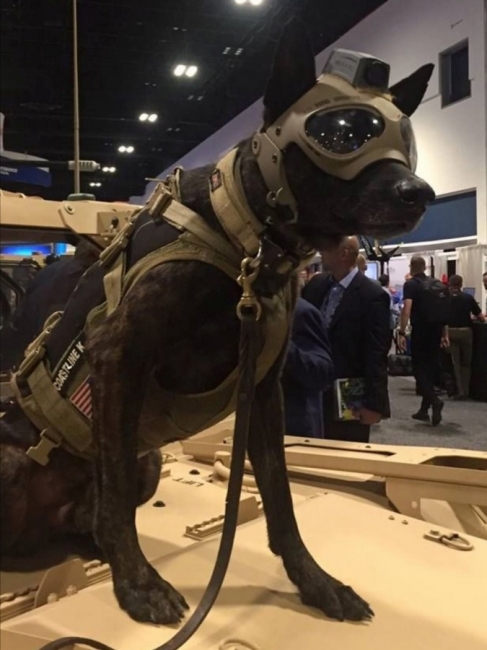 Apparently another award show/hypocritical lecture fest ate shit in the ratings last night.  The Emmy’s.  Something like 143 people tuned in.  More people visited this site last night than watched the Emmy’s.  Viewership of last nights woke stroke-fest was the lowest in the history of the Emmy’s, somehow dropping a full 20% from last year, the previous holder of the lowest viewership in the history of the Emmy’s.
If this were literally any other show, and its ratings were down even 2-3% from the previous year, and certainly if it had just gotten the lowest ratings in history, it would have been cancelled before the sun rose the following morning.  Efforts would be being made to find and destroy any and all copies of the event so as to forget it ever happened.  But because this is another totally onanistic circle jerk that the average Hollywood ego must have in order to survive, they will likely try to do it again next year.  At some point, they’re going to figure out you can’t drop 20% too many times without literally losing the entire audience.
I think people are sick of these assholes.  I know I am.  You’d think these people had cured cancer this year, like they have earned a platform from which to lecture the non-Hollywood world endlessly and pointlessly.  Nope.  You made a TV show.  Great.  Shut the fuck up and go make another one.  Unlike awards shows, maybe people will actually watch.