After a long day of hammering keys and ruthlessly executing latrodecti, I found myself in liquor-slicked conversation about my contempt for “_____-shaming.”  Fat shaming, slut shaming, body shaming, drunk shaming, weave shaming, ad infinitum, ad absurdum, ad nauseam.
As we sat and sipped our whiskey with elegance and panache, we chatted briefly but dismissively on the topic, and shrugged it off as just another bit of politically correct parlance being flogged into meaninglessness.  But in the sober light of the following mid-morning, I found myself still vaguely pissed off about “shaming.”  Here’s my issue:
Shame is, if not a full-fledged emotion, a feeling, and as such, is not something anyone else can do to you: it is something you feel.  And if I had a nickel for every time some therapist, psychologist, or psychiatrist told me with almost papal ex cathedra that “no one can make you feel one way or another…your are entirely in control of your emotions and feelings, as difficult as that may be to believe in truly difficult times,” I would have at least $3.15.  And ultimately, it is true: your emotions are your reactions and thus your choice, whether conscious or not.  Nobody can shame you.  Only you can choose to feel shame.  Or choose not to.  Even if somebody – even if a lot of somebodies – scream, “shame on you.”  If you know you are right, and that the herd is composed entirely of small-minded morons, you should really have no problem dismissing any of their opinions – but particularly demands for feelings of shame – as just noise to be ignored.  By giving them the ability to “shame” you, or to control any of your other emotions, you are ceding virtually all of your power, your self-worth, even your identity.
People can (and will) mock you, make fun of you, be rude to you, and sometimes insult both you and yo mama.  What you do with that is entirely within your control.
For some reason, this all makes me think of Heidi Fleiss and the “scandal” of her popular escort service back in the mid-90s.  After she was busted and her home raided and records seized, there was a collective pucker felt ’round the world as her long list of clients was about to be made public.  Several high-profile and wealthy politicians and “religious” leaders, people who had championed “morals” and “family values,” collectively shat at the notion of being exposed for their whoremongering ways.  But there were two people who were not only unpuckered, but proud of their rankings on the list: Charlie Sheen and Billy Idol.  They had the same amount of notoriety and wealth as the politicians and others who were in full panic mode.  So why the difference?  Simple: Chuck and Bill gaveth nary a shit.  While the others were afraid of having their hypocrisy exposed and having to then subsequently go on TV with their narcotized wives and tearfully confess their shame and pray for the public’s forgiveness, Big Bill and Chaz’s only hassle was having to find a new escort service.
I dunno…I think most if not virtually all of the world’s problems (including yours and mine) are direct results of the misuse or misunderstanding of language.  By saying somebody shamed you or anyone else, you give that somebody control they do not deserve.  By saying somebody insulted you or made fun of you, you gain an opportunity to bust that somebody’s mouth open with a right cross.  The choice is, as always, yours. 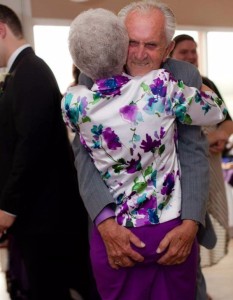