Sorry I’ve been all incommunicado. Here’s what’s been going on. A couple months ago, an old friend showed up with a the biggest bottle of what appeared to be NyQuil I’ve ever seen, squawking about wanting to play his new drinking game.

“It’s called ‘Look,'” he said, waving the bottle around.

“What’s in that? Absinthe?”

“Fuck Absinthe…that stuff is terrible. This…this is the green Chartreuse!”
“Whatever. Tell me about your silly-ass game.”

“The game is simple. To play Look, tune to any round-table discussion on any cable news network. CNN, MSNBC, FNC…doesn’t matter. Personally, I like Special Report on Fox because Krauthammer.”

“Charles Krauthammer is a fucking superstar.”

“Okay, so everybody who’s playing needs a glass.”

“Nope. A big, fuck off glass. This game is not for the timid.”

“Okay…we’ve got glasses. Now what?”

“Now we wait until anyone on the panel says starts a sentence by saying, ‘Look.’ It should take about 30 seconds.”

“Until somebody starts a sentence with, ‘Look?'”

“Dear God! That shit is nasty!”

And so it went. Very quickly. And I came to earlier this afternoon, months later. I was blind drunk for the entirety of spring. We have imbibed all the chartreuse in the state, and at some point I got online and ordered a wife from eastern Europe who apparently arrived in a crate sometime in April and, according to the neighbors, has been yelling at me ever since. She’s yelling at me right now, in fact. But I have locked myself in the bathroom with my laptop, a case of Pop Tarts, and a box of wine. Pray for me. 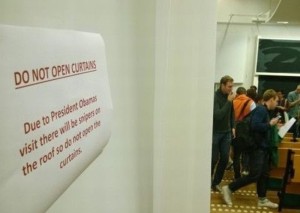