Ten days into 2014 and thus far I am simply putting it to the items on my New Years Resolutions list. Things like drinking (last year I could dispatch 3 Jack and Cokes in rapid succession without displaying any effects of inebriation such that anyone notices…I think this year that number should grow to 5), and pornography (I should be producing far more than I have been recently) have been dealt with handily. At this rate I am on track to have all of my resolutions completed by the end of the month.

One of my resolutions is to finally start replying to some of the reader emails that have been darkening my inbox for over a year now.

Getting “fan” mail has always been far and away the most interesting part of being published. The morning after my first story was published on Salon.com, I woke to find 53 emails waiting for me (previously, any more than 5 emails in a day would have been considered hectic). The first letter in the queue was from the United Arab Emirates. It was a very simple yet wonderfully mystifying note which read, “can you get white women make fuck us so happy.”

Ever since that moment, I have had a deep and abiding admiration and love for my readers. Soon people were attaching nekid pictures of themselves. Then came the videos. Then someone sent me a finger. Indeed.

In the spirit of giving people fingers, then, I would like to begin to respond to some randomly selected letters from readers here, in a feature I think I will call Reader Mail.

Okay, so here we go…first one of 2014, and it comes to us from…Shaggy in Vancouver, Canadia. 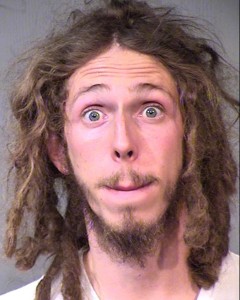 They have the pop-up version of your Viagra Fiend book at my high school, and it’s amazeballs! You seem to know a lot about sex. A lot more than my dad seems to, anyway. He’s always drunk. So I had a question for you. If my girlfriend goes down on me, and I bust in her mouth, and then we make out, and then I go down on her, can she get pregnant?

Oh God yes she can get pregnant. She is probably lousy with child already. Christ, man. At least 7 of my kids were conceived that way. Congratulations! I’m sure you’ll be a terrific father. I’m glad you liked the pop-up version of the book. Keep an eye out for the limited edition Scratch-n-Sniff version on shelves later this year.

For the Cause,
Jayson